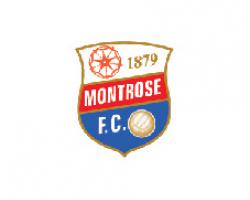 Montrose 2-0 Annan Athletic: Match Report - view commentary, squad, and statistics of the game as it happened.Annan still bottomAnnan remain rooted to the foot of the table after succumbing 2-0 away to an impressive Montrose.The Scottish League Two strugglers were beaten by first-half goals from midfielders Paul Harkins and Paul Watson.They arrived within seven minutes of each other

Alex Mitchell had been busy in the Annan goal but was helpless as his defenders failed to close down Harkins quickly enough on the edge of the box, and he found the bottom corner with a well-placed finish.Montrose made it two when Harkins was brought down by Steven Black's challenge

Watson stepped up to curl the free-kick in left-footed.The result was never in doubt from then on as a toothless Annan failed to score for the second week running